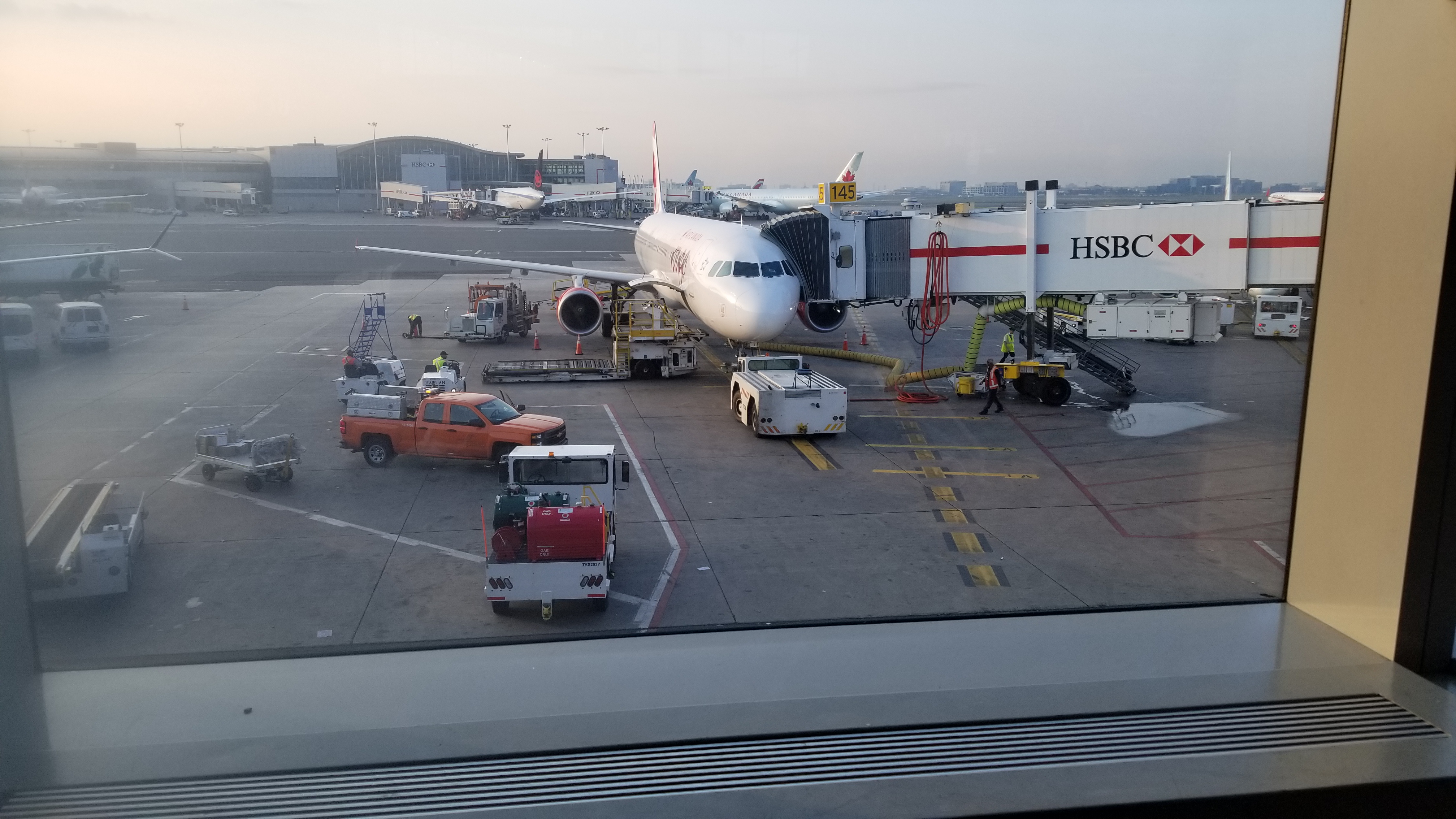 MY JOURNEY, SAJINPROGRESS, THIS IS MY STORY

Up in the Air 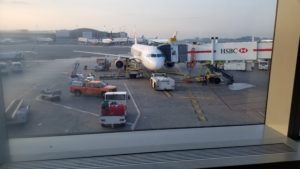 After my first independent trip to Kamloops BC, I realized I caught the travel bug and curiosity to explore the rest of Canada. 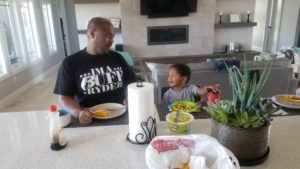 Six months later, I planned another trip out west, this time to Edmonton, Alberta to visit a friend and his family. During my stay, my friend’s wife gave birth to their second son, which was a beautiful thing to experience. 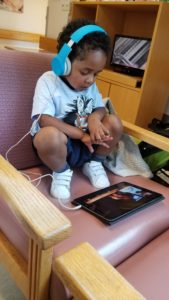 I got to watch their eldest son become a big brother and watch my friend and his wife become parents once again. The birth of a newborn gives you some perspective about life; seeing a brand new human being with no pre-programming, just ready to absorb anything the world has to offer – like a pure white canvas. During the arrival of their newborn, I was blessed with the privilege of hanging out with their eldest son and being Uncle Saj. 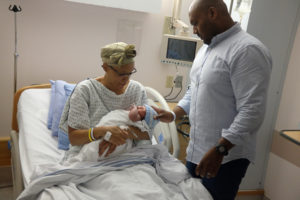 My friend has always been like a big brother to me. We had been on many adventures prior to this trip. In the midst of everything, he still made time to take me to the national parks to take pictures and experience Canada’s beauty first hand. 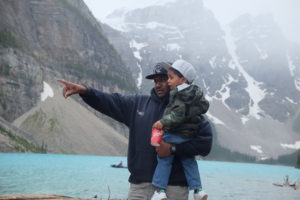 Road trips have always been our thing. Once his mother-in-law and sister-in-law arrived in Edmonton, we started our journey towards Lake Louise, along with his eldest son. Lake Moraine is close to Lake Louise, so we stopped there and took some pictures, then backtracked to Lake Louise. 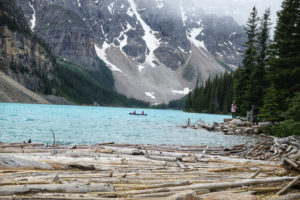 There were so many accidents on our way there, that on our way out, we had to take back roads to get to Calgary (where we spent the night) before heading back into Banff the next day. I tried to take a few pictures but unfortunately it was foggy in Banff that day. On our way back home we stopped at Drumheller to check out the dinosaur museum. 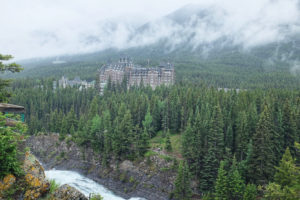 Besides experiencing the natural beauty of Canada, I got to bond with my friend’s son and family. 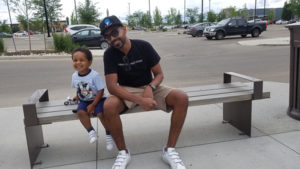 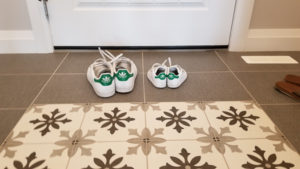 At the end of my trip, I wondered “If the west looks like this, then what does the east look like?” On my flight back home I decided that I was going to go east. I didn’t know anyone on the east coast but since   I was already on a roll travelling, 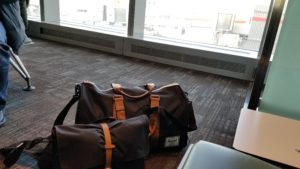 I figured I might as well do it on my own. I had to pick between Halifax and St. John’s. I picked St. John’s and started looking for Airbnb’s. Since I was booking it during a long weekend and I was looking for an entire apartment for myself, I couldn’t find anything in downtown St. John’s. Instead I found a place in Petty Harbour, a little outport fishing village, 30 minutes away from downtown. It was a small town where everyone knew each other. The small businesses had regulars and the seafood was fresh. 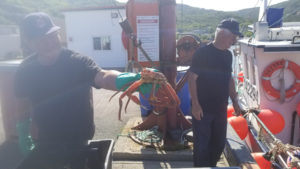 As I was waiting for my flight home from St. John’s, I figured I would write out all my travelling adventures while they were fresh in my mind.

For the first time in my life post stroke, I was going somewhere where I didn’t know a single soul. I arrived at Petty Harbour a little earlier than expected, so I decided to kill some time around town and grab a bite as check-in was not for another two hours. As I was touring, 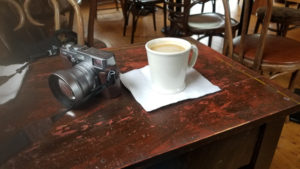 I noticed a shop called Fishing for Success, where I inquired if they had any fishing tours planned.

I got settled in and before I knew it, it was dinner time. The local restaurant was Chafe’s Landing – I didn’t know this until my last night there, but it was featured on “You Gotta Eat Here!”. My first meal at Petty Harbour was fish and chips. 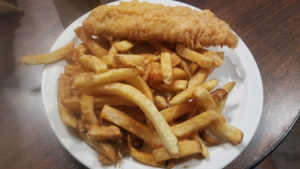 Petty Harbour did not have any breakfast spots; I realized the next day that I would have to head downtown for breakfast so I figured I would make a day out of it. I checked out Jellybean Row and the railway museum while I was there. While out, I got a call from the Fishing Company for Success about a tour they had scheduled for that afternoon. I said yes and explained my condition. 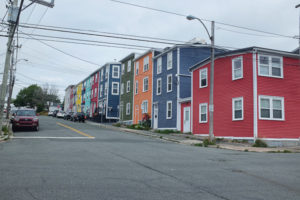 Once I got back from downtown, I relaxed for a while then headed over to the tour, where I got suited up and got onto a boat. Since I took my camera with me, they first went along the coast line and described the different birds that were around the water and the bait they were using to catch the fish. We then went fishing for cod. It was an amazing experience. It is definitely one thing off my bucket list. The amazing part was that we did all this in the Northern Atlantic Ocean. Once we got back, they showed us how to fillet the cod. 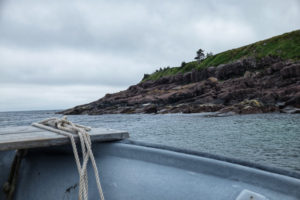 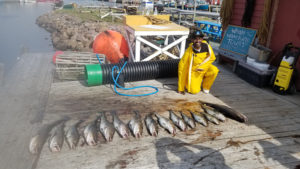 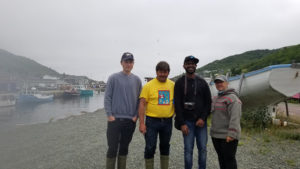 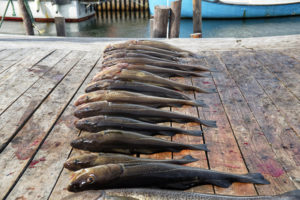 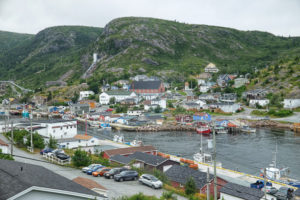 On my third day there, I explored the wharf as far as I could. The nice thing about Petty Harbour was that you couldn’t pass anyone without them greeting you. The head of the East Coast Trail is also accessible from Petty Harbour. It is a good vantage point for pictures but I didn’t risk the trail. By the end of the third day, I decided to make a trip downtown again. Since I only had one night left, I figured I would  spend it in downtown St. John’s, so I booked another Airbnb and checked out a day early from the one I was already in. I headed to Cape Spear to take some pictures then made my way downtown. 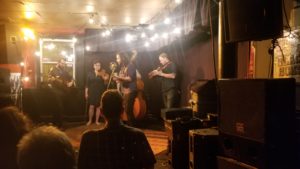 Once I got there I went to a local pub for lunch, where I found out that they were having live music that night. With the little time I had, I went to Signal hill to take pictures then headed back to the pub. The live music was awesome and since I don’t drink anymore, it was interesting to watch the regulars at the pub interact. 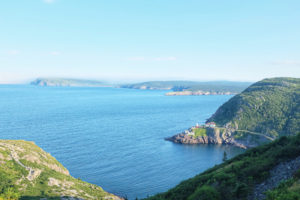 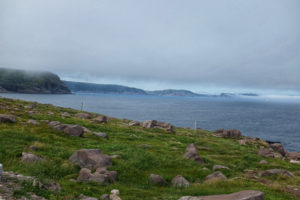 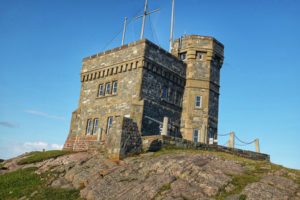 In all honesty, I didn’t know anyone when I went to Newfoundland, but I knew a lot of people as I left. Newfoundland is a very welcoming place. You can visit on your own and not feel alone. I had many great conversations. Now to figure out where to go next.

#LASFitnessChallenge folks, this is your reminder

For #StrokeMonth we've got a special edition of ou

Exciting news! We are extending the #LASFitnessCha

What better way to celebrate #StrokeMonth than get

We’re Raising Money for the Heart and Stroke Foundation Again