What is a Hemorrhagic Stroke?

While ischemic strokes are the most common stroke type among brain injury patients, another type of stroke is considered deadlier. A hemorrhagic stroke, also known as a brain bleed, occurs when a blood vessel in the brain ruptures and causes bleeding (a hemorrhage) into the surrounding brain tissue, thereby disrupting the brain’s normal function. 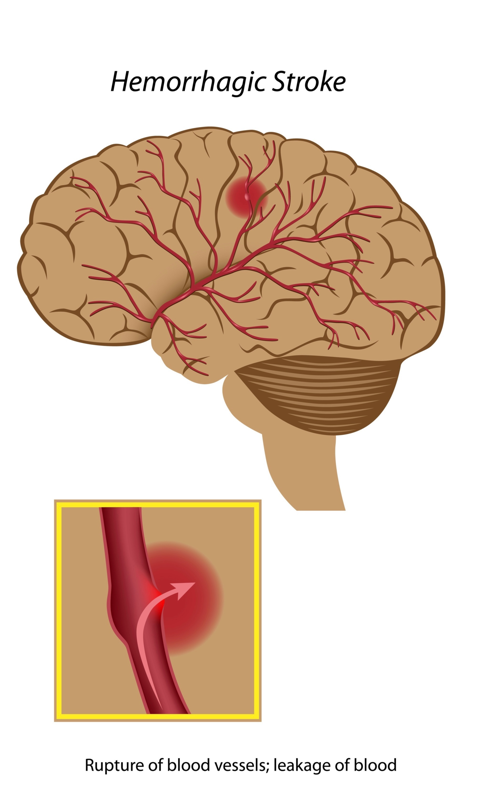 Typically, a hemorrhagic stroke occurs when the walls of a blood vessel are weakened and cannot withstand an increase in the pressure of blood flowing through. One of the more commonly seen causes of a brain bleed is a ruptured aneurysm. An aneurysm is a ballooning or outpouching of a weakened part of the blood vessel wall. Over time, it can rupture and cause bleeding into the brain. Another cause is an arteriovenous malformation, which is when an abnormal connection of blood vessels exists in the brain, which can then rupture. Other things that can increase the risk include uncontrolled and high blood pressure, advanced age, and cocaine use.

Symptoms of a Hemorrhagic Stroke

Because a hemorrhagic stroke is typically due to a ruptured blood vessel, one of the common symptoms include a headache. This headache, typically called a thunderclap headache, is described as the most severe headache one has ever experienced. This type of headache reaches its peak in seconds to a minute. Other symptoms depend on how much space the bleed takes up and where in the brain it occurs. Patients may experience a sudden decreased level of consciousness, weakness and/or numbness in the body, changes to their vision, and/or difficulty with speech. 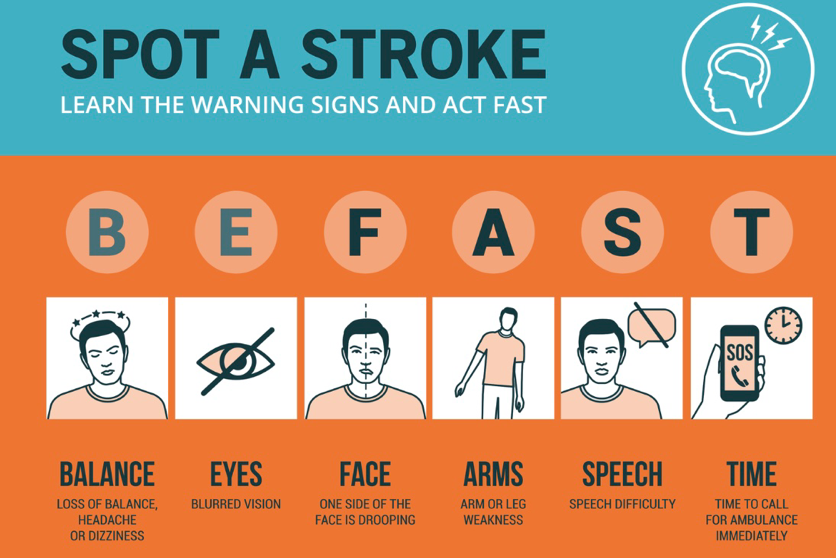 When treating a hemorrhagic stroke it is essential to control the patient’s blood pressure, to limit the spread of the bleed in the surrounding brain tissue. A neurosurgery team should also assess the need of a craniotomy, to relieve pressure in the brain. In addition, the neurosurgery team may also decide to surgically close the ruptured blood vessel, if possible. This will usually be in the case of an aneurysm rupture.

A community for Young Brain Injury Survivors on the road to recovery that grants access to other survivors, support resources & financial aid.

Hello Young Stroke Survivors! We hope that you all

Important update on our membership criteria